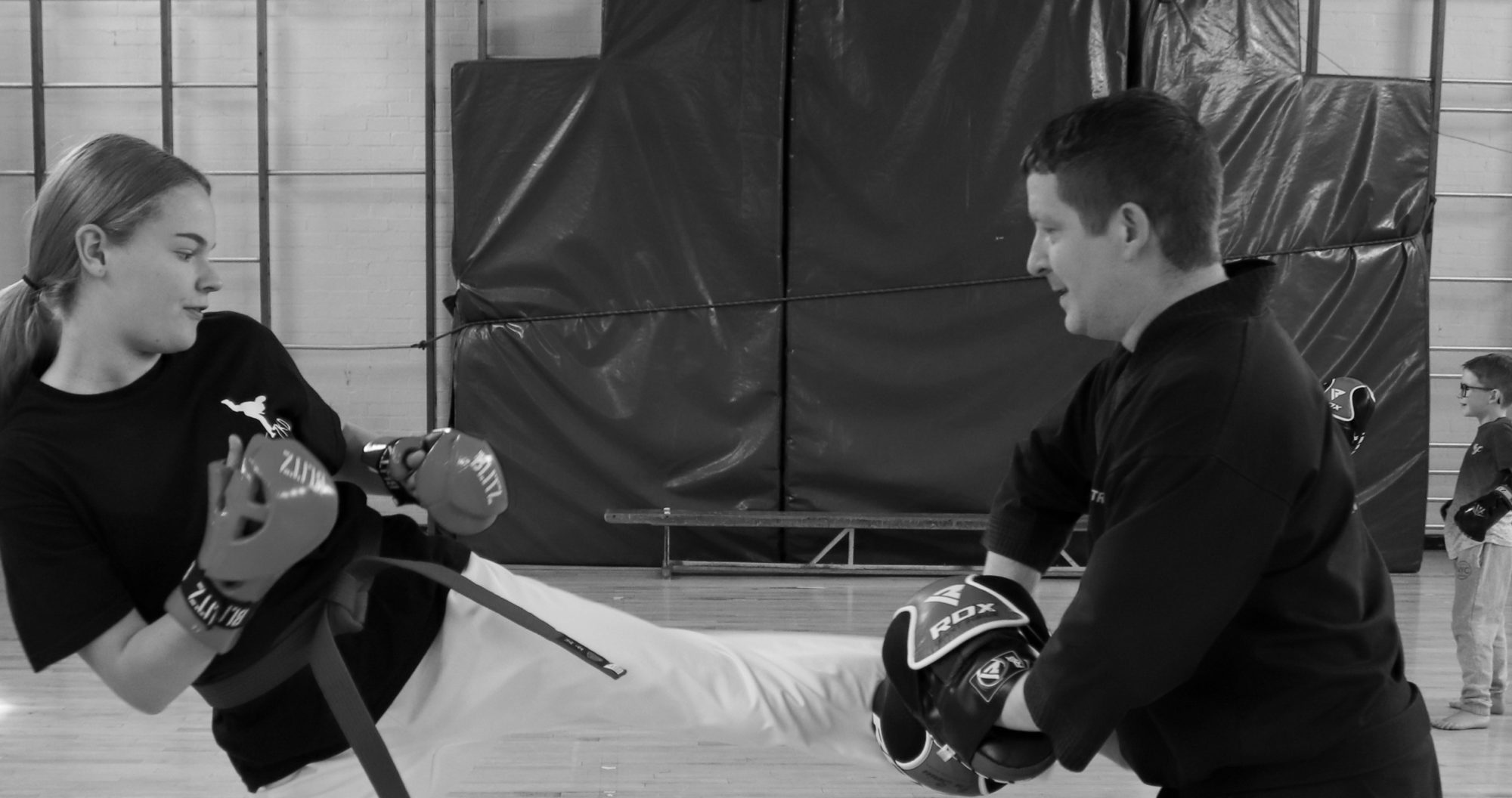 As like most martial artists I grew up watching films with Bruce Lee, Jackie Chan and Jet Lei starring in them, and was in awe of what they could do. I was interested in martial arts from a young age and dabbled in different arts through my teens but nothing seemed to be what I was looking for. It wasn’t until my early 20’s that I was convinced by my employer at the time (Frankie, 3rd Dan) to come down and try Taekwon-Do at the club she taught at with another instructor (Becky, 5th Dan). I was hooked from the very first lesson.

In my early years I competed regularly at amateur level and won several gold, silver and bronze medals in patterns.

I was approached by my instructor in 2011 and asked if I would consider taking over the club. I felt extremely honoured to be given the opportunity for a club than had been running since 1995.

I have also been training in FMA (Filipino martial arts) and JKD (Jeet Kune Do) over the last few years to complement my Taekwon-Do training. I am competing regularly at national level in full contact Escrima stick fighting and I’ve won several silver and bronze medals, but that gold medal has evaded me so far but I’m hoping that will change in the near future.