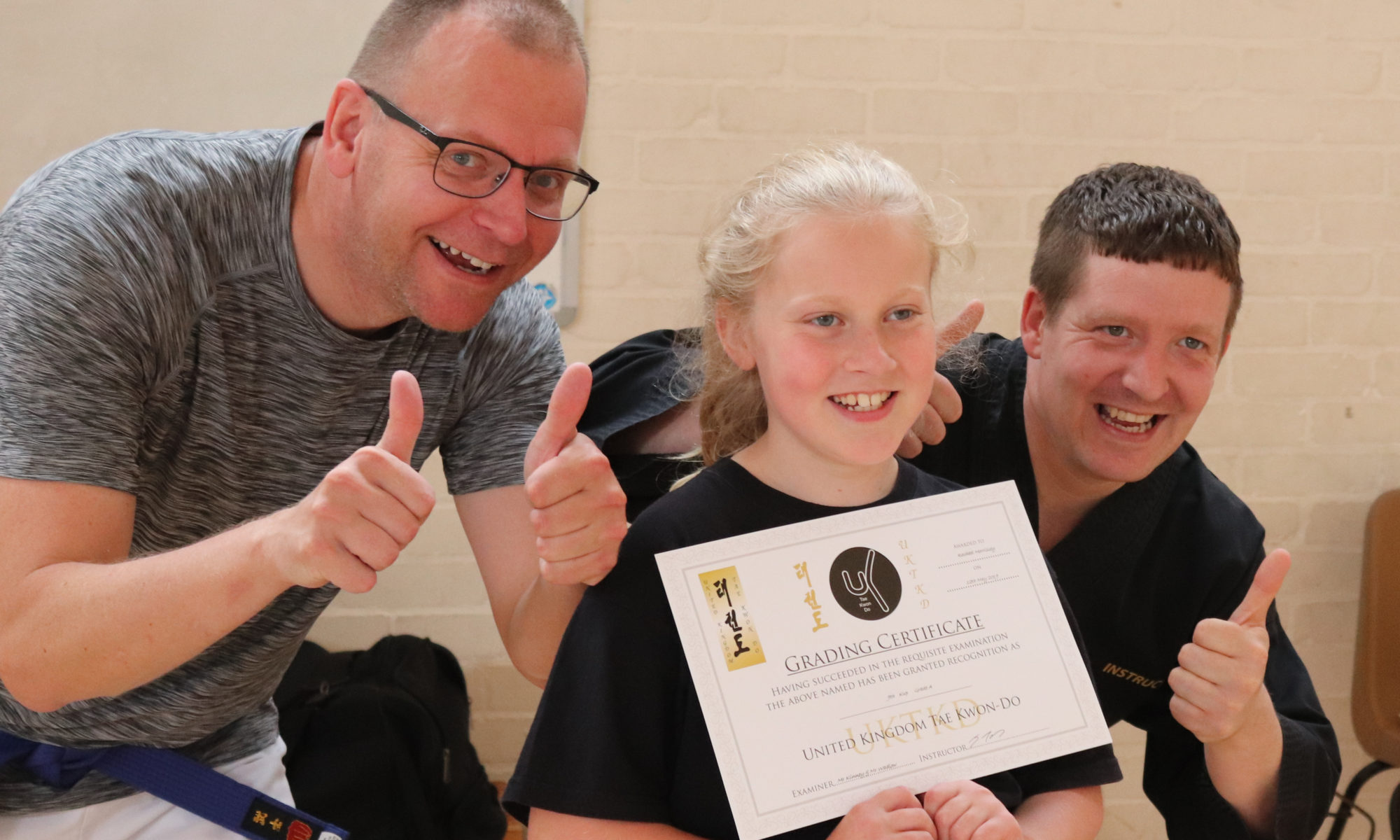 Taekwon-Do or Tae Kwon-Do) is the most popular of the Korean martial arts and is the Korean national sport. It is also one of the world’s most commonly practiced martial arts.

In Korean, derived from hanja, Tae means “to kick or destroy with the foot”; Kwon means “to punch with the fist”; and Do means “way” or “art”. Hence, Tae Kwon-Do is loosely translated as “the art of kicking and punching” or “the way of the foot and the fist.” Taekwon-Do’s popularity has resulted in the divergent evolution of the art. As with many other martial arts, Taekwon-Do is a combination of combat technique, self-defence, sport, exercise, entertainment, and philosophy.

Although there are great doctrinal and technical differences among TaeKwon-Do styles, the art in general emphasises kicks thrown from a mobile stance, using the leg’s greater reach and power to disable the opponent from a distance. In sparring, turning (roundhouse), 45 degree (half-moon), front, axe, and side kicks are most often used; advanced kicks include jump, spin, skip, and drop kicks, often in combination. Taekwon-Do training also includes a comprehensive system of hand strikes and blocks, but generally does not emphasise grappling.

Tae Kwon-Do is one of two Asian martial arts (Judo being the other) in which athletes compete during the Olympic Games.

History
While the practice of martial arts has ancient roots in Korea, the naming and systematisation of Taekwon-Do occurred relatively recently, and the Olympic sparring rules are being revised even today. See Korean martial arts.

As far back as the Silla Dynasty (668 AD – 935 AD), Chinese Chuan Fa techniques were used to train Korean warriors. These techniques evolved to become the empty-hand art of Subak, which was standardized during the Goryeo Dynasty (935 AD – 1392 AD). During the early Joseon Dynasty (1393 – 1910), Subak was divided into Taekyon (a striking art) and Yusul (a grappling art). Through the years, however, Yusul was practiced with decreasing frequency and, eventually, only the Taekyon aspect of Subak remained, facing extinction.

In the late 18th century, King Chongjo ordered the compilation of the Muye Dobo Tongji, an official martial arts text which identified many disciplines, including the empty-hand Kwonbup (transliteration of Chinese Chuan Fa, from which Subak was derived). Taekyon survived during the last part of the Chosun Dynasty via the secret practice of certain Korean families and street gangs.

Upon the liberation of Korea in 1945, various martial arts schools formed, including Chongdokwan, Yonmukwan, Changmukwan, Odokwan, and Mudokkwan. General Choi Hong Hi, generally considered the father of modern Taekwon-Do, taught a combination of Karate and Taekyon to his soldiers.